Hello and welcome to this page all about me, The Songbird Stamper! My name is Heather Thomas and I absolutely love paper-crafting and stamping! I am an Independent Stampin' Up! Demonstrator and am here to tell you about all things Stampin' Up! related.

Where did it all begin?

I have always had a love of paper and pens, and my Dad often says that I was happiest as a child when I was sat on my own drawing or writing something. I suppose it has all evolved from then but who would have guessed where it would have led!

I was in the Navy during my 20's and whilst I had the most amazing time, creativity and crafting was not a part of my life, it was too busy and I was away too often.

I found Stampin' Up! by accident in 2015, after I lost my Mum, and it has been the most amazing journey ever since. I started going to classes and workshops where I fell in love with the quality of the products we were using and with the fact that everything co-ordinated. Matching colour inks, cardstock and embellishments - a game changer for me.

Why The Songbird Stamper?

To be honest, I am not really sure where this name came from! I love rubber stamping and being a Stampin' Up! Demonstrator, so the second part is obvious, but I think I like to be associated with the songbirds because the sounds that they make are just glorious, and bring peace and happiness to the world. There is no better sound in my opinion than the birds singing. There is also a quote that I really like, and it is this... "The songbird doesn't sing because it has an answer, it sings because it has a song". To me this means that you don't necessarily have to be perfect, you can just be you. You don't need to know everything or have it all together in life, don't let that stop you from being seen in this world.

My journey as a demonstrator

I joined as a demonstrator early in 2017, though at the time I only joined to get a discount on all my goodies... I never thought I would be here now, with my own website and running craft classes, but I am so glad that I am because I get so much joy out of sharing what I love with other people. Add to that the fact that my hobby now pays for itself - joining up was definitely the right thing for me to do!

One of my biggest highlights was attending On Stage live in Dortmund, Germany, and meeting the Co-founder of Stampin' Up! Shelli Gardner and the current CEO, her daughter, Sara Douglass. This was a dream come true for me, as without them I really wouldn't be doing what I love. 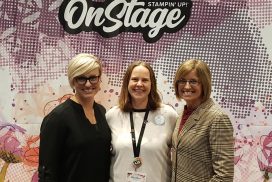 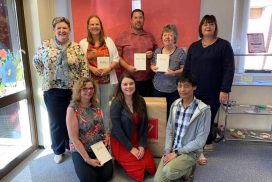 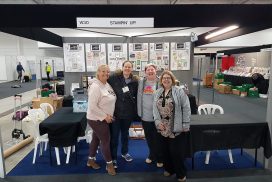 I have also taken part in a Business Bootcamp, where I achieved what I needed to achieve to get a trip to Head Office in High Wycombe, a lovely reward day with my fellow demonstrators.

I now have a growing team of Songbird Stampers, and love getting together with them every couple of months. We come together to craft and chat for a few hours, what better way to spend an evening. If you are interested in joining the team, we would love to welcome you, you can sign up using the button below, or head to my Join My Team page to find out more information.

I run classes in the Waterlooville and Denmead area both during the day and in the evening too, it would be great to welcome you along if you live locally to me. Please feel free to check out my Class Information page for more details.

I can also host children's or adult's stamping and papercraft parties, or corporate team building days. Crafting is a perfect way to bring people together doing something new, having fun and learning along the way. Why not search for me on Facebook as The Songbird Stamper and send me a message, or send me an email or drop me a line, I am always here to help.

Being a demonstrator means that I also sell Stampin' Up! products, so if there is something in any of my projects that takes your fancy, please do hop on over to my online shop where you can order 24 hours a day.